When Things Get Squirrely

There are red plaid bows on the candlesticks and the Crowder Christmas mix is playing on Pandora while we work. 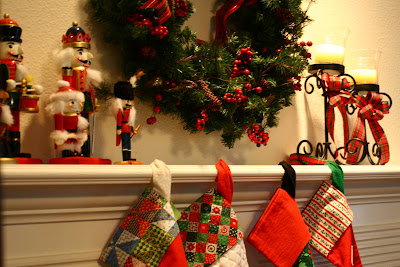 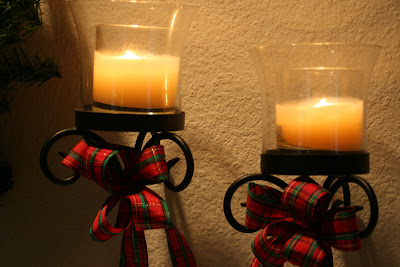 Little toy mice peek from the toes of the stockings that hang from the mantle, and a half-dozen nutcrackers stand at attention nearby. 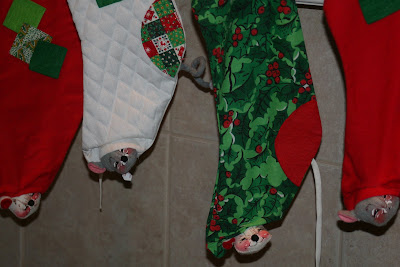 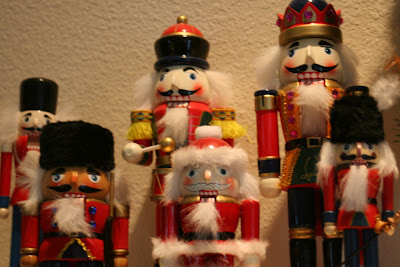 But in case you thought we had it all together here...
In case pretty words and peaceful pictures have led you to believe that all is pretty and peaceful, that things are always perfect beneath this roof...

You should know that there are a couple of contentious kids in the mix... one fussing that the other keeps singing out loud, making it hard to focus on calculating simple interest and discerning between transitive and intransitive verbs.

There's a frantic scramble to complete a project, fill out some required forms, and get to a meeting on time...

And as we're walking out the door...

Yep! A live one!  A little brown squirrel who runs right in my front door as we are walking out, chased in by one proudly predatory little fur-ball.

Under the desk, tucked between a bag of Christmas wrapping paper and the little stool that holds the printer, the squirrel refuses to come out.

And a squirrel in the house on a school day can just turn everything on its end!

So we turn the farm table over on its side, and together with a couple of boxes, we make a barrier between it and the back door.  We open the door and begin to stomp and holler and carry on.  And that poor squirrel looks like someone has lit a fire under his little clawed feet.  He scrambles out of his hiding place, up the side of the box and back down.  And out the door he goes, like someone is firing a shotgun behind him all the way.

And the cat?  This pretty princess? 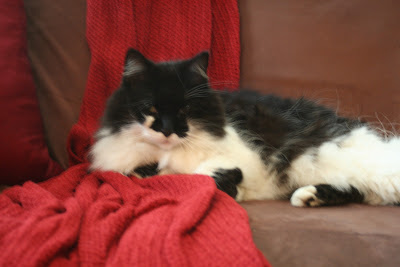 Like a heat-seeking missile, she shoots straight after him across the lawn.

But in the midst of the mess, there's the miracle... the giggles, the laughter, the coming together of all the fussy kids toward one end . . . Even if it is the end of a farm table that's been turned on its side to corral a wayward squirrel!

He has made everything beautiful in its time.
Eccelesiastes 3:11, NIV 1984

(even squirrels in the house on a school day)

linking up today with Emily over at Chatting at the Sky, for
Tuesdays Unwrapped