We're studying the letter from James in Bible study right now - teaching it to high school and middle school students - and I'm loving that for so many reasons!  James is one of those people I want to meet when I get to heaven because, I mean . . . seriously . . . imagine the stories he'll tell!  I'm thinking:  find a shady spot by the river, split open a juicy pomegranate, take a seat on a smooth stone, and listen while he tells stories of his growing up years. 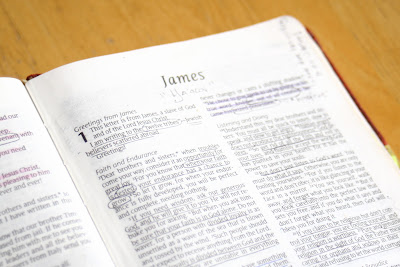 James, half-brother of Jesus.  James, who doubted and rejected Jesus during the days of Jesus' earthly ministry.  James, to whom Jesus came personally, after His resurrection.  James, who became a pillar of the early church.  James, the wise partriarch and respected peacemaker. James, who counseled Paul.

This man, I think, could tell some fascinating stories.

But you know what I find most fascinating and inspiring and challenging about this man?  This man was known to his own people as "Old Camel Knees."

And I have to ask:  Have you ever taken a good look at a camel's knees? 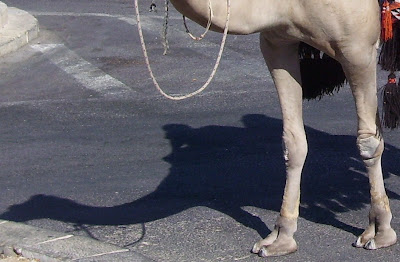 They're not exactly the prettiest things you've ever seen! 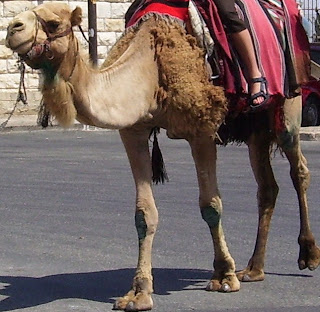 They're knobby and rough and calloused.

They look like they've taken a pretty good beating.﻿ 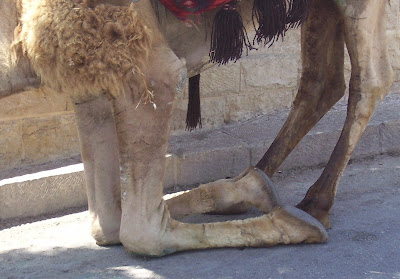 But the reference to James as "Old Camel Knees" is one of honor and respect.

That description of James is the reason I brought home a little olivewood camel the last time I went to Israel. 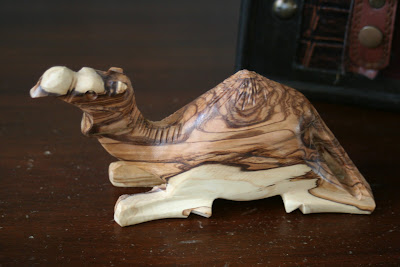 I bought it in an olivewood shop in Bethlehem, and it sits on my desk to remind me . . .

James was affectionately referred to as "Old Camel Knees" because he spent so much time on his knees, praying for his people.

I don't know.  I know some people that probably live a life that is close to that.  I know I want to live that kind of life.  Or at least . . . I want to want to.

Paul said in Romans 12:12, "Be joyful in hope, patient in affliction, faithful in prayer."
I wonder if he learned that from James.