Of Boston and Baghdad and Bomb Shelters in Israel

The flags are already flying at half-staff in West, Texas.  I see it in the news, in the spinning lights of vehicles called to another crisis, those flags flying low as a tiny Texas town mourns those who have fallen in Boston.  And news trucks file in, first-responders flood the scene, and Twitter lights up as a nation turns to mourn for Texas, too.

It's a dangerous world in which we live. 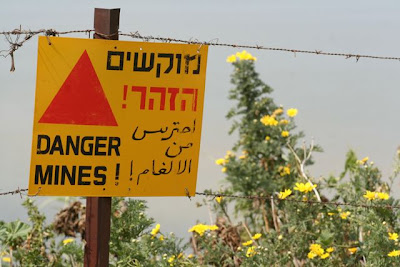 Wasn't it just one month ago that I returned from Israel, from standing next to minefields left by Jordan and Syria, from cleaning and painting bomb shelters in a little town below the Lebanese border?

We swept debris from the shelters, and we prayed that God would be a shelter for the people of Kiryat Shmona.  We moved out old, mildewed mattresses to make way for new ones, and we prayed that when the bombs began to fall again, God would make a way for children to find safety within those walls.  We brushed blue paint on walls and wiped spills from the floor, and we prayed that as moms and dads and little ones rushed to find shelter from the terror, that He would wipe every tear from their eyes.  We asked God that as they closed their eyes to sleep on metal cots beneath a concrete roof, that they would know that the One watching over them never slumbers or sleeps. 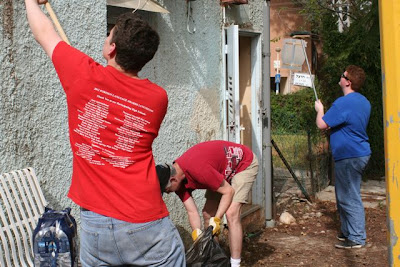 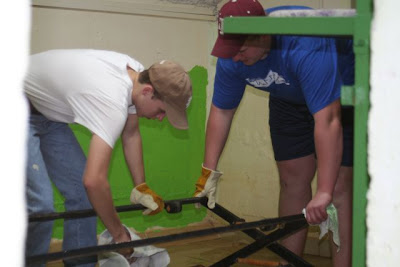 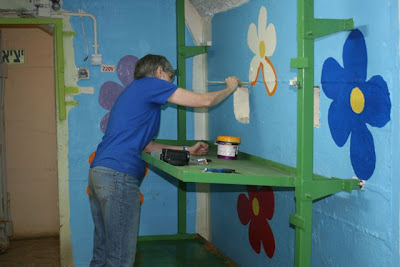 I heard it on the news, after the bombing in Boston.  The man said it looked like something you'd see in Baghdad or in Israel.  And I know why he said it.  But my anger surged hot.  Because it's not OK.  In Baghdad, in Boston, on the borders of Israel or on Ben Yehuda Street, it's not OK.  It blows whole lives wide open and breaks the heart of the living God. And as surely as He wept over Jerusalem, He must weep also over Boston and West, Texas.

It seems the world has gone mad, and we wonder if there is hope.  How can men treat other men with such contempt?  And how does a town of 2800 recover when nearly 200 of their of their own people are scorched by flames and crushed in the chaos?

So as we prayed for Israel, we pray now for Boston and for West, Texas. And here at our house, we pray also over the broken bodies of ones we love as they lay fighting for their lives in hospital in Birmingham. And we pray that those who stand beside their beds will keep the faith.

So we bend the knee and He bends His ear because He has promised to be near the broken-hearted.

And we believe with every fiber of our being that He is good, that He does all things well.

And one day, He will come again.  And when He does, He will make all things new.

And the One sitting on the throne said,
"Look, I am making everything new!"
And then He said to me,
"Write this down, for what I tell you is trustworthy and true."
And He also said, "It is finished!
I am the Alpha and Omega - the Beginning and the End.
To all who are thirsty I will give freely from the springs of the water of life."
Revelation 21:5-6, NLT