The Matter of the Matzah

On a Tuesday afternoon in late spring, six or seven of us sat huddled in the corner of a classroom on the third floor.  All of us were teachers, but only one taught today.  It was our weekly gathering, and I felt compelled to go, though I had at least a thousand other things I needed to be doing.  She opened the Word and told how on Passover, Jesus took the bread and broke it and said, "This is my body . . . ," and I checked the box in my mind next to "I already know this" and listened from a distance while I reviewed my mental to-do list . . . lessons to plan, papers to grade, phone calls to return . . . and when would summer get here? 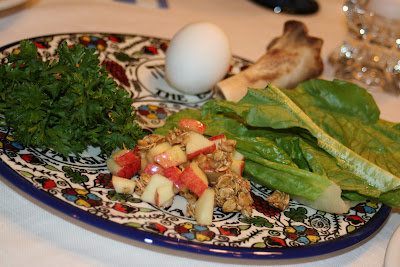 And then somewhere above the urgent ticker-tape that held my attention, breaking through the soft drone I had rendered as background noise, I heard this:

"It was pierced and striped, just like He was." 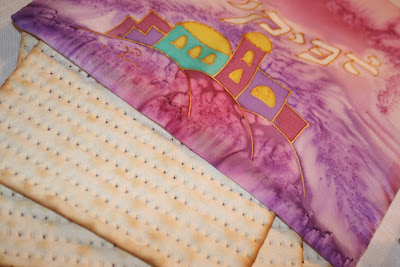 I'm sorry.  I wasn't listening.  But I think you just said something important.  I was busy reviewing my urgent list of things I'll put off till tomorrow, and I missed something.  Could you repeat that?

She was moving on to the next part of the story.  But I was arrested.  Stopped there.

"It was pierced and striped, just like He was."

After everyone filed out to classrooms and copiers and calls to return, I asked if she might have any further information.  Something to dig into?  Something more to read?

A worn piece of paper and a little explanation became fuel for a fire kindled several years earlier, that now, more than a decade later, blazes still.

That day became a marker.  And now whenever we break the matzah, I remember . . . 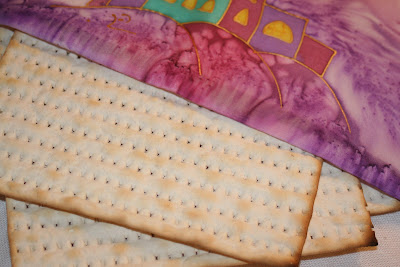 "When the time came, Jesus and the apostles sat down together at the table.  Jesus said, "I have been very eager to eat this Passover meal with you before my suffering begins."  (Luke 22:14-15, NLT) 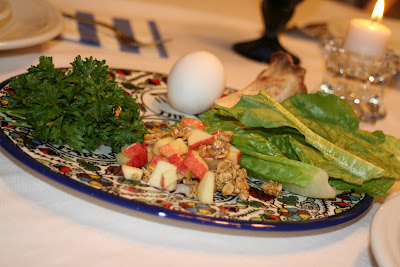 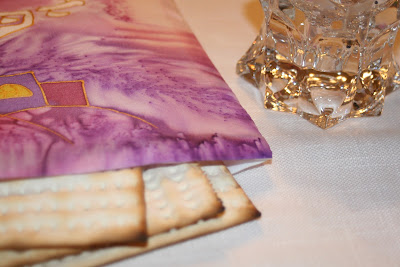 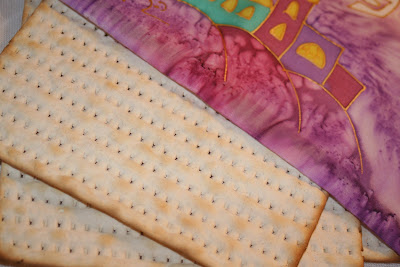 But He was pierced for our transgressions  (NIV)
He was crushed for our iniquities (NIV)
The punishment that brought us peace was upon Him (NIV)
And by His stripes we are healed. (KJV)
Isaiah 53:5


a few helpful resources . . .
This book:  The Feasts of the Lord, by Kevin Howard & Marvin Rosenthal
This book:  Sitting at the Feet of Rabbi Jesus, by Ann Spangler & Lois Tverberg
This story & video by Joel Rosenberg, on Passover, being Jewish & following Jesus

Continuing to count His gifts and grace . . .

1106 reading aloud to my kids
1107 cranberry scones for breakfast
1108 frozen strawberry lemonade
1109 rotisserie chicken for dinner
1110 ciabatta bread with olive oil
1111 whipped cream in my coffee
1112 making my own foam soap - so simple - and saving pennies!
1113 tea & scones in the afternoon
1114 filling the old-fashioned teapot
1115 looseleaf tea that my mom brought home from England
1116 a day at the museum with my mom & my kids
1117 bread-bowl soup
1118 fresh berries piled high
1119 lingering long at the table with family and friends
1120 his head bowed for blessing
1121 cows grazing
1122 tiny calves snuggled next to their mommas
1123 lilies blooming along the road
1124 the happy gurgle of the coffeepot
1125 the rich aroma of coffee brewing
1126 treetops swaying in the wind
1127 long talks over coffee & chai
1128 faithful friend and her faithful prayers
1129 friends praying through the nightwatches for friends overseas
1130 thick green grass
1131 knock-out roses in full bloom
1132 sunlight and shadows
1133 the days and hours and love she invested because we asked
1134 celebrating Passover with family & friends
1135 that He took the Cup of Redemption
1136 that He chose the nails
1137 that He died so I might live
1138 that He rose up from death and the grave
1139 that He stretched out His hands so Thomas could see
1140 that He called her by name
1141 that He walked with them and let them process
1142 that He loved His brother that much